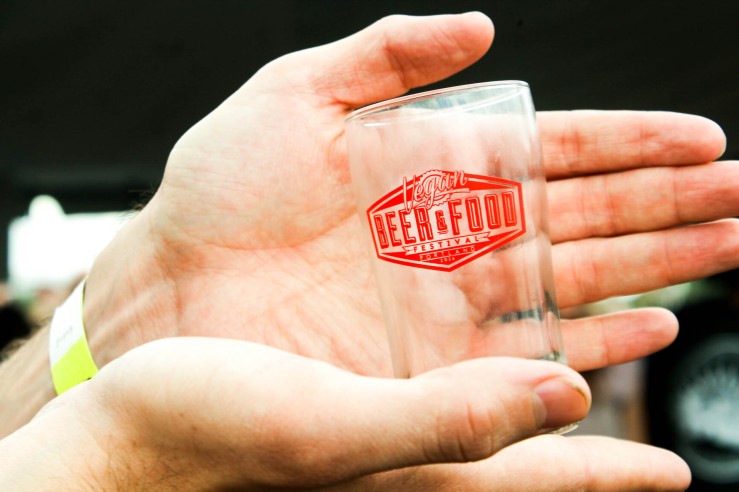 When I first heard about this event, I thought it was someone playing a sick joke. Then I realized that we can have nice things.

This year, vegan enthusiasts, chefs, and beer drinkers traveled all over the country for this event, which also takes place in Los Angeles and has been for the past six years.

“Vegan Beer and Food Festival features the best of the region’s craft beer, wine, ciders, kombucha, cold brew and craft sodas on draft. We curate the top vegan food carts, trucks, vendors and restaurants. Our  “pop up” marketplace showcases vendors selling everything from clothing to ceramics to craft goods. And, of course, great live music from some of the best talent around.”

My first brew of the day was Reverend Nat’s seasonal summer Passionfruit Cider, and it remained my favorite the entire day.

Walking amongst all the local and nearish breweries, I noticed something: a lot of people are fucking passionate about DIY culture.

From IPA to Kölsch to pale ale, Vegan Beer fest had it all. There was an unhealthy amount of amazing food that made me upset to even look at since it would be impossible to consume it all. The pop up shops were smartly chosen, and the music completed the positive vibes that rounded off the day. My only complaint was that it was just one day.