It was an unexpectedly beautiful Wednesday afternoon with mild summer temperatures, boasting clear skies for miles. I toured the lawn of Edgefield, a historic nursing home re-established and restored as a music venue/retreat since the 90s by McMenamins. While mindfully contemplating my appreciation of this event coming to existence, I gazed at my surroundings— blankets and chairs juxtaposed with standing bodies framing the stage.

We made it just in time for Jaga Jazzist— a troupe of eager Norwegian musicians emanating thoughtful tones and whispering cymbals. They didn’t bring the sort of energy I expected from an electronic show but instead threw me into a daze of adoration. I didn’t want them to stop playing, and it was truly one of those sets I took for granted. 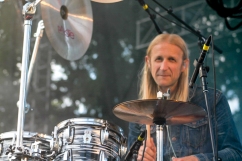 Next up was an artist I had been admiring from afar for years—Todd Terje. Bringing along his band The Olsens for his Pacific Northwest set only amplified what I had felt in the past. Diving right into It’s Album Time, his single full-length album, most of the seated crowd had helped themselves to the front to dance. Sound cascaded over sound cascaded over sound. Every single one of the electronic mastermind’s movements was sobering, intermingling minimalistic keystrokes with ambient sounds. Enlightening visuals behind the musicians became the skeleton of the stage, setting the vibe and giving the audience something else to drop their mouths to.

He finalized essentially the best electronic set of the year with the track everyone was waiting for, “Inspector Norse”. Blasting each and every one of us out of space, I was left wondering which 80s revival series or Grand Theft Auto soundtrack he could score. Either way, I can’t help but lust after what Todd Terje has in store for the future.

As the golden hour approached, headliner Tycho finalized the majestic show, warming our hearts and dancing into the moonlight. 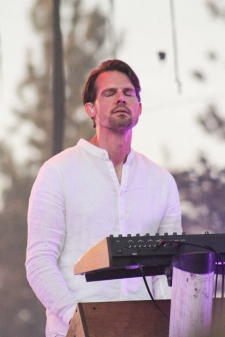