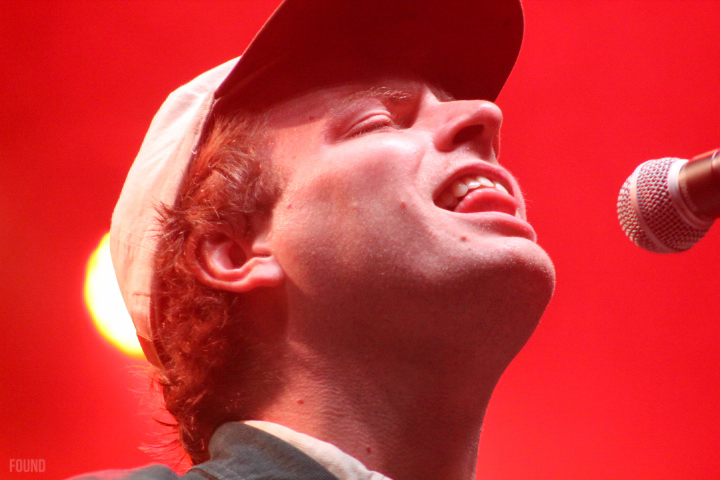 Vernor Winfield McBriare Smith IV aka Mac DeMarco is a goofy multi-instrumentalist and symbol of the current state of indie music. It’s impossible to avoid him— he’s been consistently releasing music and selling out shows for the last five years. Jonathan Richman/Shuggie Otis reminiscent This Old Dog was this year’s musical offering, and he quickly sold out the Portland, Oregon zoo amphitheater show in support of the album release.

I had never been to a zoo, much less seen an amphitheater set-up within one. Nervously approaching the seasonal music venue and scanning for any lions, I walked down the trails and searched for any source of music. After a bit of a stroll, I found the colossal stage and infinite lawn.

Portland’s long summer threatened an ending with booming clouds and dark skies while fans anticipated Mac’s arrival. Suddenly, the sky burst and rain started pouring down. With everyone squeezing to stand as close to the stage as possible, it was uncomfortably wet and the barriers soon gave out. Security guards piled against it and neutralized the scene. The teenage screaming began as soon as the band came onstage.

It’s easy to get caught up in the gimmicky part of Mac. Self-described as “jizz jazz”, his musical performances give off a lazy atmospheric vibe and he giddily plays into his slapstick habits any chance he can get. What isn’t immediately observable is how his musical abilities passionately and naturally materialize. Watching Mac play or perform is inspiring and uplifting. His delicate cadence and silliness put all emotional unease to rest as he strums through strange love songs— sometimes about people, sometimes about cigarettes. Musical genius comes through with each improvisation. Rarely are minimalistic musicians intriguing to watch, but Mac impresses the audience each and every time.

Mac DeMarco is one of those prolific musicians you cannot see enough. His songs, tiptoeing around a constant genre, range from sexy ballad to rowdy bluegaze. He’s unpredictable and sincerely wants everybody to have a good time. Mac’s not going anywhere anytime soon, and I’m eager to see his next move.